Places of Interest In & Around Shimla

As a mesmerizing hill station, Shimla attracts a large number of tourists by a number of beautiful places to visit. You can name some of the best places to see in Shimla as The Ridge, The Mall Lakkar Bazaar, Jakhu Hanuman Temple, St. Micheal's Cathedral, The Glen, Annandale, Bhargaon(4 km), Prospect Hill and Kamna Devi(6 km), Sankat Mochan(7 km), Chadwick Falls(8 km), Tara Devi(11 km) and Mashobra(12 km) among others. These Tourist Places in Shimla have been the center of tourist attractions in Shimla for centuries. Some of the most popular places to visit in Shimla are described below: 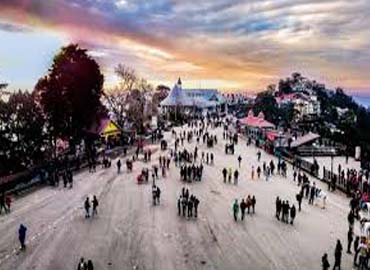 The Ridge that lies along the famous Mall Road is the main venue of all the cultural activities in the town. Being the most popular shopping center in the city, Shimla Ridge links the most important commercial spots such as Lakkar Bazaar, The Mall, Scandal Point, Jakhoo Hill. The Ridge is home to numerous Shimla's landmarks built in Neo-Gothic style that are a must for sightseeing in Shimla. The place is host to the famous Shimla Summer festival that goes on for 5 days and invites travelers from all corners of the world. The festival showcases different performances by local and national artists. 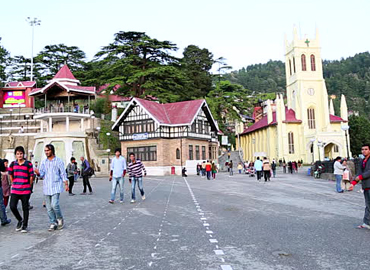 Being the town's main shopping street, The Mall offers a number of Restaurants, Clubs, Banks, Bars, Post Offices and Tourist Offices. The place also houses the famous Gaiety Theatre, The famous ancient Theater in Shimla. As the key meeting place in Shimla, The Mall has two main meeting points as the Ridge and the Scandal Points. One can see numerous travelers and tourists who visit these places and enjoy some lighthearted talks amidst the most beauteous environs of Shimla. The mall is the best place to bag some excellent souvenirs such as embroidered shawls, caps, Pahari paintings and so on. 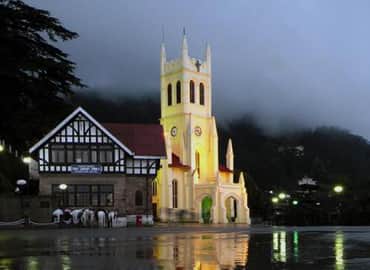 Christ Church is the second oldest church in Northern India, and is lying on the Ridge. With a splendid appearance, the church holds stained glass windows depicting faith, hope, charity, fortitude, patience and humility in its inside. The church is one of the most sacred places in Shimla and thus attracts numerous travelers. The church was built in the year 1857 in neo-gothic style to serve the Anglican British Community of the ancient times. The Christ Church is truly an architectural legacy of the Britishers that still outshines in the hill-station. So just make sure to pay a call to this famed religious sight and seek blessings from the almighty. 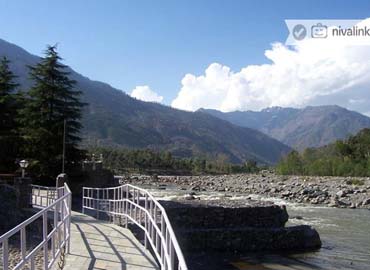 Lying just 24 km from Shimla Mall Road, Shilon Bagh houses outstanding resorts. From here you can access easily a fabulous tourist destination Kufri, situated at (2,633 meters in height) 16 km far from Shimla. The region is an epitome of serenity and tranquility that embraces the most pristine and breathtaking environs. The region is highly visited for its awe-inspiring beauty that is the love of every backpacker who wishes to rejoice amidst the most natural environs of Shimla. Apart from this, the region offers some of the finest accommodation facilities to travelers to make sure they enjoy the most empyrean luxury and comfort. 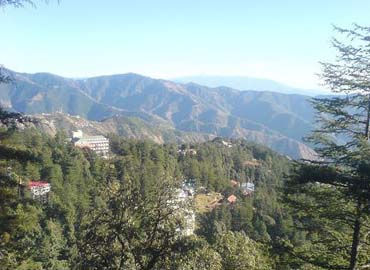 Another tourist attraction Jakhu Hill is located just 2 km away from Shimla. Lying at a height of 8000 ft, Jakhu Hill has the highest peak of this hill station, offering an amusing view of Shimla and also the snow-clad Himalayas. The Jakhu Hill is also home to the famous Jakhu temple, which is located the hill comprises a large statue of Lord Hanuman that stands at an elevation of 2,455 Meter(8,000 feet) above sea level and is one of its kind to be situated at such great height. Dedicated to Lord Hanuman, The Temple is one of the most pious places in Shimla that is visited by numerous travelers. 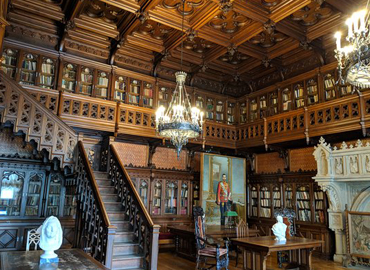 This houses a representative collection of Himachal Pradesh's rich heritage exhibits include archeological artifacts, carvings, paintings and sculptures. Closed on Tuesdays and holidays. Himachal State Museum was opened on January 26, 1974 with the purpose of collecting and protecting the scattered cultural heritage of Himachal Pradesh particularly in the Western Himalayan principalities. The museum comprises numerous galleries, some of the notable among them being Pre-Historic, Archaeology, Wood-Carving, Wall Painting, Numismatic Gallery and so on. One can experience the rich cultural heritage of the region that is the best place to retreat for every tour enthusiast. 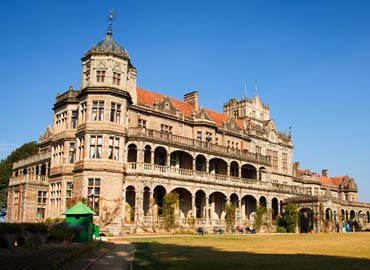 Other famous tourist spot in Shimla is Indian Institute of Advanced Study that is lying in the Viceregal Lodge, and was established in 1884-88. The building was designed by PWD architect named Henry Irwin. Originally built as Lord Dufferin,'s home, the then Viceroy of India from 1884-1888 it came to be known as Viceregal Lodge. Afterwards, it used to house all the succeeding governors generals and viceroys of India. The building is truly an architectural wonder that explains the expertise of the artisans of those times and thus attracts travelers to visit it during their Shimla sightseeing tour. 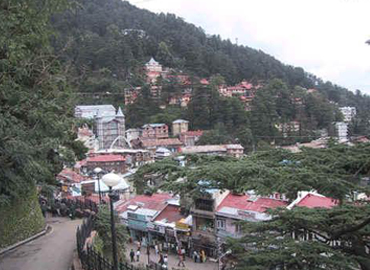 Lying just 5 km away from the Ridge, at a height of 6,500 ft on the Shimla-Kalka railway line, the lovely township of Summer Hill is known for Mahatma Gandhi's destination point when he visited Shimla. The place also houses the Himachal Pradesh University. Summer hill is a place of ultimate natural beauty that is consolidated with its pristine environs and deodar laden slopes. The summer is one of the seven hills that forms a part of the hill station of Shimla. 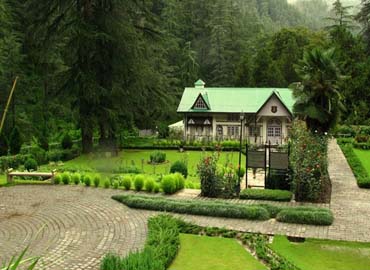 Annandale is located just 2-4 km from the Ridge at a height of 6,117 ft, and has been developed as the playground of Shimla. It provides a superb space for Cricket, Picnics and polo matches. Often called as the playground of Shimla, Annandale is located at a distance of 3 km from the Ridge in Shimla and is a famous picnic spot. It is also a favorite ground for playing cricket or Polo. The beauty of the place is an awesome sight that beguiles the tourists from the domestic as well as foreign lands. 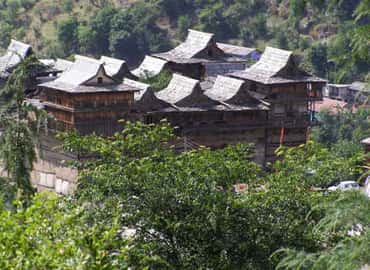 Junga is located close to Tehsi, and is 26 km from Shimla. The place is famous for being a former royal retreat of the princely state of Junga(Keonthal Estate) that was formed before 1800 AD. Junga has an average elevation of 1,582 meters and is well connected to Chail and Kufri. The region is located amidst green hills, snow capped mountains and dense forest cover that comprises Kail, Cheel, Deodar, Pine and so on. The region is a perfect place to visit during a sightseeing tour in Shimla. 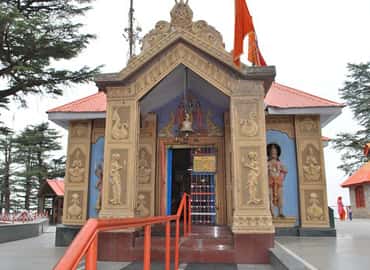 No visit to the state capital Shimla is complete without visiting Jakhu Hill. This hill looms over Shimla town and is the geographical nucleus. The Hanuman temple at the top of Jakhu hill is the highest point in town. The step climb is rewarding for the fine views. It offers over the surrounding valleys, out to the snow capped peaks and over Shimla itself. The temple is located on the top of the Jakhu hill and is dedicated to Lord Hanuman. It is believed that lord Hanuman visited this temple while on this quest for the “Sanjeevani Booti” to save Lord Laxman.

In addition to these main attractions, you can spot many enthralling places to visit in and around Shimla. The list of these marvelous places include Narkanda, Rampur, Sarahan, Kharapathhar, Jubbal, Hatkoti, Fagu Mashobra, Craignano, Naldehra, Tattapani, Chindi, Chail, Sanctuary and Nature Park Kufri. Each and every attraction opens up the world of ultimate surprise and retreat.

Please leave your details so that we can reach you